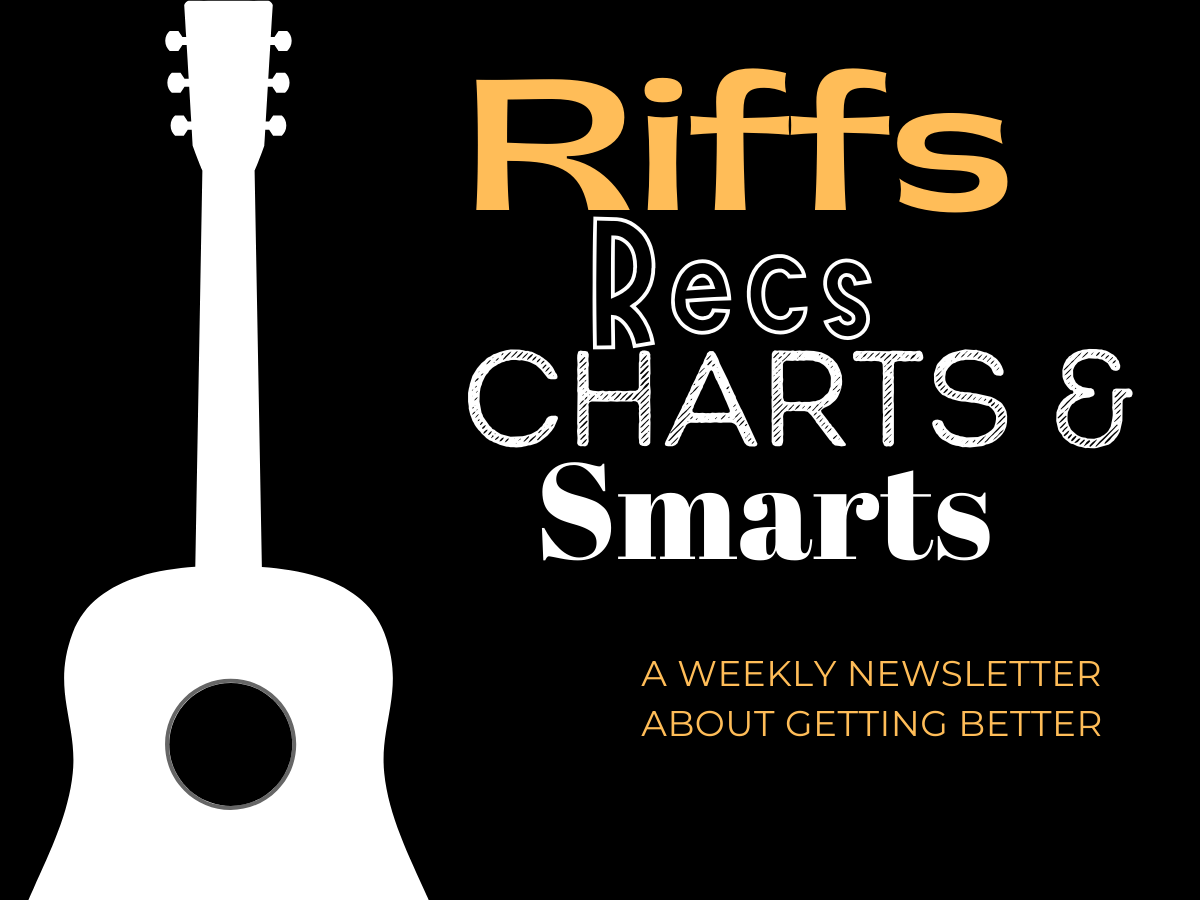 Ani DiFranco has a lyric:

“every pop song on the radio / is suddenly speaking to me”

I think of that line whenever I get deep into a subject.

Because it always feels like the universe is reconfiguring itself around me, setting up happy accidents, and leading me along to things I might have otherwise missed.

Recently I’ve been wrestling with the art & science of practice:

And go figure: the deeper I get into my exploration, the more the universe guides me along. Look over here, it says. Have you seen this book? Or this article?

Feels like I’m on the cusp of something big, and I can hardly wait to share it with you.

But in the meantime…

An example of something the universe pulled me into: Julian Shapiro’s excellent post on how to master a craft.

“The principles all arise from first seeing yourself as a craftsperson.”

“A craftsperson doesn’t care about the quality of any one piece of output. They care about iterating a process to produce increasingly better work over time.”

That process is “a flow state where craftspeople exercise creativity, solve challenges, and chase perfection.”

“You cannot be a craftsperson unless the process is the reward.”

Over the weekend I played a ton of 60s music for a 75th birthday party.

The guest of honor specifically asked for Carole King, so I learned a few tunes.

Here’s a chart for It’s Too Late.

But the song isn’t in A minor throughout—it travels through a bunch of temporary key centers.

SIDE RANT ABOUT MUSIC THEORY:

“Music theory” is just giving names to things because it helps us explain them (to ourselves and to our bandmates).

Music theory isn’t some rulebook or Magic 8 Ball that tells us what to do.

99% of the time, the theoretical explanation comes AFTER the fact.

When I say “oh Carole King is using the [theory term] here” I emphatically DO NOT mean that these things were on her mind as she wrote this.

Follow the sounds in your mind’s ear, and worry about the explanation later.

The INTRO and the first half of the VERSE is the classic Am to D you’ve played in a dozen different songs.

Dudes Who Love Modes™️ will be quick to tell you that this is A Dorian.

All dorian really means is that the musical “center of gravity” is a ii chord.

Am is the ii of G major.

“A Dorian” is the notes of G major, centered around a home base of Am.

SIDE RANT ABOUT MODES:

Modes are not the be-all & end-all that internet guitarists would have you believe they are.

My 2¢: learn to see sets of chords as belonging to a key, and modes will be obvious (& mostly unnecessary).

If modes are even slightly confusing to you, it’s because you skipped over some more important stuff upstream.

I’m happy to write more about this if you’re interested—let me know.

When we get to the second half of the VERSE in measure 9, that Am chord is pivoting us to a new key.

It’s the iii of F major.

How do I know this? Context.

Am7, Gm7, Fmaj7… those are chords that go together in F major.

Do I keep this table of chords taped to my desk as a reference?

No. I’ve learned to recognize the “tells”—relationships between chords that suggest their roles.

In this example, I saw Am and Gm. Minor chords a whole step/two frets apart are usually ii and iii.

In the same way, when you see two *major* chords a whole step apart, they’re usually IV and V.

Which is exactly what’s happening in the CHORUS:

Measure 20 is an Esus to E, which—although temporarily jarring to our ear—is a way to lead us back to the INTRO. 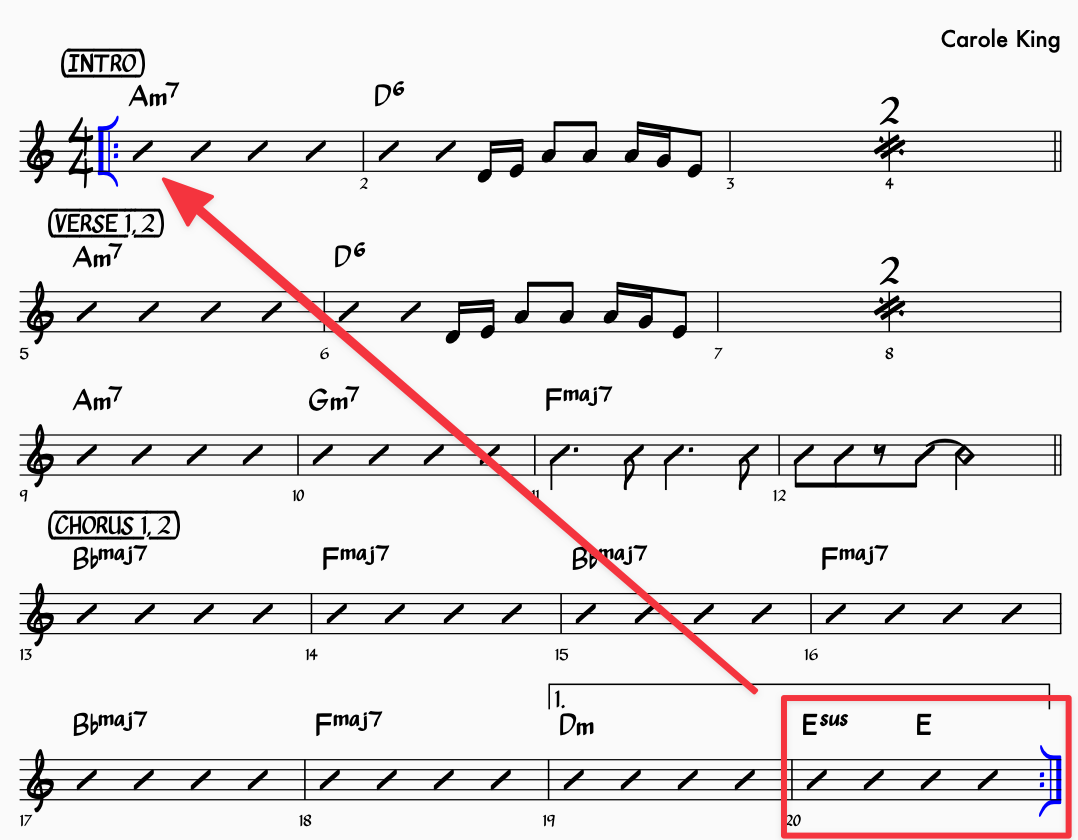 The V chord pulls us back to the I (or in this case: the i).

The second time through this CHORUS, we skip over the first ending and take the second ending:

Notice that instead of Esus-E pulling us back to Am, it’s Gsus-G pulling us to C.

What’s going on in the BRIDGE?

The Fmaj7 is native or “diatonic” to both keys, and it serves as a so-smooth-you-don’t-even-notice connector between them.

The rest of the bridge stays in F except for the E7 that leads us back to the key of A minor.

Notice that the second time we see this (in BRIDGE 2), the E7 that lead us back to A minor is now a Gsus that leads us to C major.

That’s all I got this week.

See you next Wednesday,