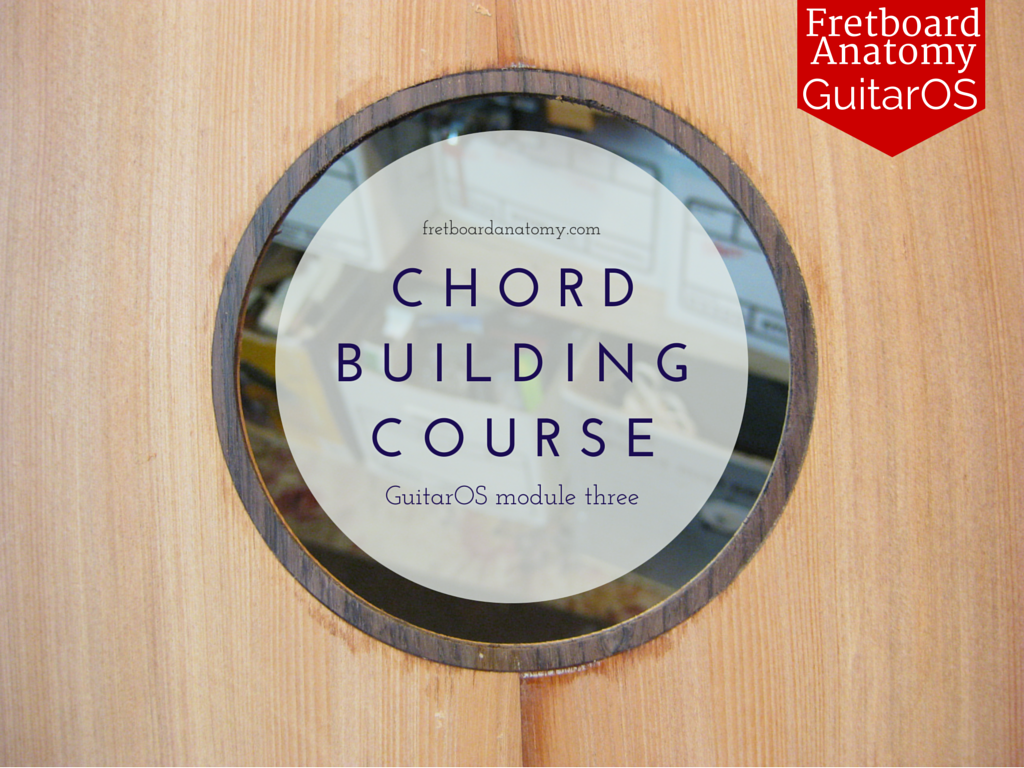 Yesterday my student showed me a photocopied page he keeps in his guitar case that shows how to play dozens and dozens of guitar chords.

It was organized alphabetically, with A, Am, Asus2, A7, Am9 and ten other varieties of A chord listed before moving on to the Bb chords.

I imagine this is a pretty handy way to quickly find a chord you’re not sure how to play.

But it also perfectly illustrates the bass ackwards way that we teach guitar: as a series of “recipes” that say “put your fingers here to get this thing that you want”.

And I can see some wisdom in this “recipe” approach: sometimes you just need to eat, and the “cooking” that goes into making Kraft mac & cheese is good enough.

Its purpose is to give you a quick meal, not help you understand the why behind cooking. Does a person really need to be a full-fledged chef in order to cook themselves something to eat?

While I wouldn’t want to trade our problems for the problems of other instrument-ists, it bothers me to no end that this sad state of affairs is our norm.

If you’ll let me torture this analogy for a few more paragraphs, here’s what I’m trying to do here at Fretboard Anatomy…

If getting a music degree is like attending culinary school…

…I want to teach you how to think like a chef.

You probably don’t need the skills to quickly turn out hundreds of plates of perfect food, or maintain a good food cost, or many of the other skills you’ll pick up in culinary school.

But your day-to-day life will be immeasurably improved by practicing your knife skills, or learning how to deglaze a pan, or knowing how to brighten and focus a soup with a little acidity, or knowing that 5 parts flour to 3 parts water is the ratio for making bread dough.

To Hell With This Cooking Metaphor, Let’s Talk Music

In the past three years––mostly through dumb luck, having a good attitude, & a little old-fashioned hustle––I’ve had the pleasure of working with a bevy of truly world class musicians.

These are people who are winning Grammys, recording & touring with major artists, appearing on TV, conducting Broadway musicals, teaching at Berklee, and writing hit songs for other artists.

(And then there’s me, a former bartender who couldn’t cut it in music school and dropped out after one sad semester. Tell me again what I’m doing in this illustrious company?)

What continues to amaze me is that the skills & knowledge that these world-class players value in other musicians aren’t even on the radar of most books, magazines, blogs, and youtube videos about guitar.

Sure, some of the better ones make passing mentions here or there.

But where is the systematic approach to learning these things?

Because I’d like for my career to continue this unexpected upward trajectory, I’ve been surreptitiously cataloguing what these folks have in common––what do they value, in their own playing and in others? How does their thought process work?

But what are their commonalities?

What’s the overlap for this diverse group of successful musicians?

As it turns out, there’s a huge overlap––and our conventional guitar pedagogy addresses almost none of it.

Because I’m super-nerdy about learning & pedagogy, I’ve been deconstructing and teaching myself these vital skills & this essential knowledge.

Which piece of information should come first?

What’s the best means of delivery?

How long should each “chunk” be?

I’ve been obsessing about and working on this for a few years now.

And now I want to share it with you.

This post is to announce the third installment of what I’ve come to think of as a new “operating system” for guitarists.

The shape-based methods (TAB, chord grids, scale shapes) that most of us used to learn guitar were great for a time.

They let us skip the tedium that (for example) trumpet players have to endure en route to being badasses.

But by the very same mechanism, they prevent us from achieving a deeper sense of understanding.

And our collective uneasiness with thinking outside the TAB box is dragging down the overall level of discourse here in Guitarlandia.

(I’m not trying to shame you––I was there too.)

These “Guitar OS” courses are designed to teach you how to think about your instrument in a new way, so you can interface directly with practical music theory concepts, without having to translate back and forth from your current shape-based OS. 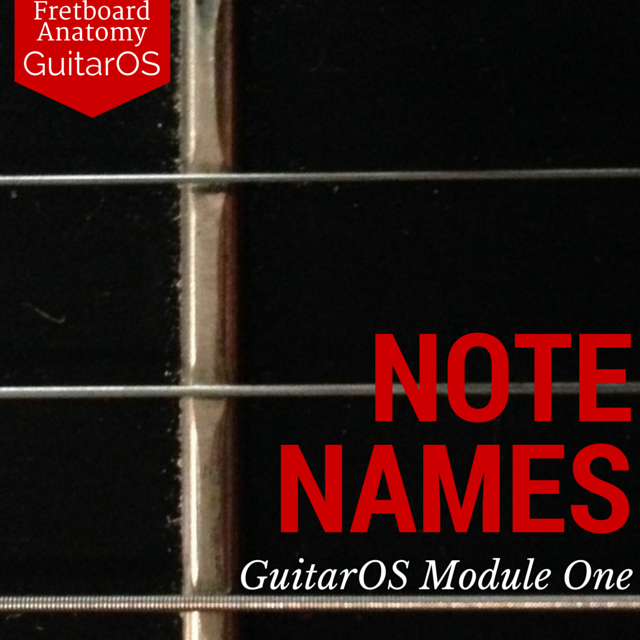 Note Names uses some fun improvising to teach you to think of notes by their letter names (and not as a series of coordinates). It’s spread out over the span of ten days, broken into <15 minute chunks, delivered daily to your inbox. 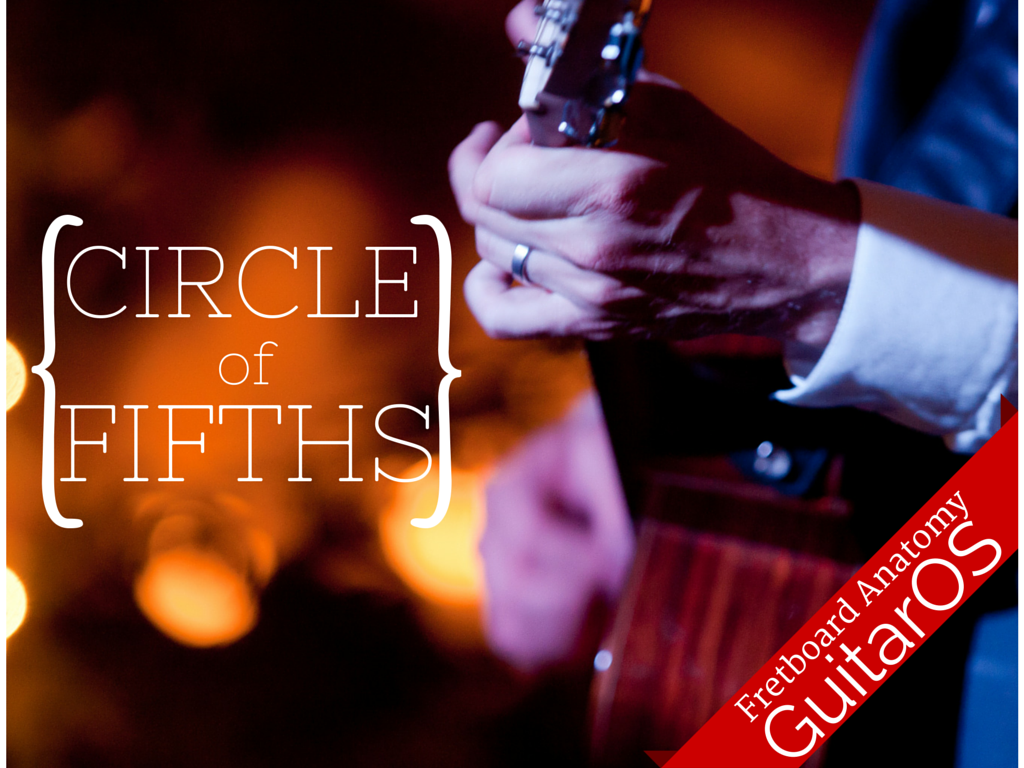 Circle of Fifths takes the same Tiny-Daily-Sequential approach to teaching you about keys, the major scales, and organizing them all into the hypnotically beautiful Circle of Fifths. That one takes fifteen minutes (or less) for fifteen days.

All of the strange & beautiful combinations of notes that we call chords, rendered sensible & lucid, delivered in the Tiny-Daily-Sequential format.

No giant leaps, just a consistent putting-one-foot-in-front-of-the-other until we arrive in a new and wondrous place.

Friends, I’m excited to have you with me for this. Your new OS is going to do amazing things for your playing.