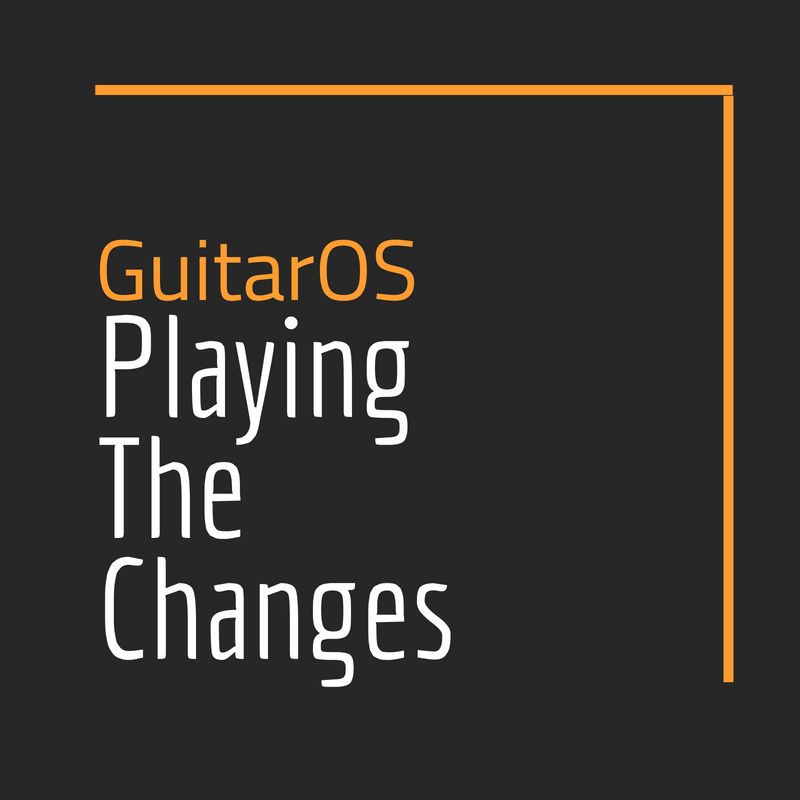 Luck is for amateurs.

And let’s face it—the way most of us approach a solo over even a simple blues progression involves a lot of guessing, and hoping, and spotty unevenness.

In other words: luck.

Which is fine for the garage where your midlife crisis blues band jams, or in the bar full of drunks where you play on the weekends.

But what about in an expensive studio where you’re burning through a couple hundred bucks an hour? Or in front of a crowd full of people who paid $50 each to see you? Or on live TV?

How do badass pro musicians improvise with such confidence?

The answer of course, is by “playing the changes”—they’re hyper-aware of the chord changes, they know which notes sound best over each of those chords, they’re crafting lines that land on those exact notes right at the moment when the band changes to a new chord, and they’re doing this all at an intuitive, almost unconscious level.

Can mere mortals like you and me develop this superpower?

And more to the point, once you can play in time, NOTHING you work on will make you better faster than learning to play the changes. Nothing. What’s even better is its universality:

It works for rock. And blues. And country.

And folk and metal and surf and jazz and ambient and techno.

If it has chords, playing the changes is the tool for the job.

There are dozens and dozens of books, courses, and YouTube videos that purport to teach you how to play the changes.

None of them are wrong per se, but they all tend to make the same few mistakes:

You can absolutely describe the process in terms of jazz standards, “chord scales,” and “modes.” And that’s probably the right method… for horn players.

For us guitar players, there’s a better way…

The GuitarOS: Playing The Changes Method

At its most basic level, playing the changes is the intersection of a handful of things:

Once you have those basic ingredients, the world is your oyster.

Practicing guitar becomes self-motivating—you’ll be having too much fun to stop.

On a wordier, more technical level, playing the changes means…

In order to do this, we’ll need some tools in our toolkit:

We’ll accomplish this by systematically layering these things one on top of the other. And at every stop along the way, we’ll be doing things that are fun to explore, that maximize your unique musical personality, and utilize your creativity and voice.

And then we’ll repeat the process for each successive key.

Sound like a lot? It is. But check it out:

In 1990, the National Institute for Health began sequencing the human genome.

If you want to sequence your genome, it now takes… 1 hour.

Your progress in mapping out the fretboard will undergo a similar ramping up of velocity. The first key you map out on the fretboard could take you three months. By the time you get to the twelfth key, you could do it in an afternoon.

Some things are zero until they’re 100%.

The chicken caesar salad you ordered for lunch doesn’t come out of the kitchen in two trips—that salad sits there at the garde manger station until the grill cook has your chicken ready.

A plane with an almost-fixed pilot’s seat isn’t flying anywhere.

Those things are 0 until they’re 100. They’re ready or they’re not.

But the Playing The Changes course is designed to be useful right now.

Learn a little of it or all of it. Finish the whole thing or bail out early.

You’ll still have hugely useful tools at your fingertips for life.

Put it down for a while and come back to it, and you can pick up where you left off.

So yes: learning to play the changes is a big undertaking.

But it’s also a ton of fun—you’ll be taking solos and applying your creativity.

You’ll spend your time exploring the guitar, not deciphering a text book.

And even when you’re half-assed at playing the changes?

It’s still a huge multiplier for your playing.

ps. This course? Totally covered by a money back guarantee. Don't like it? Email me. I'll give you your money back. Simple.