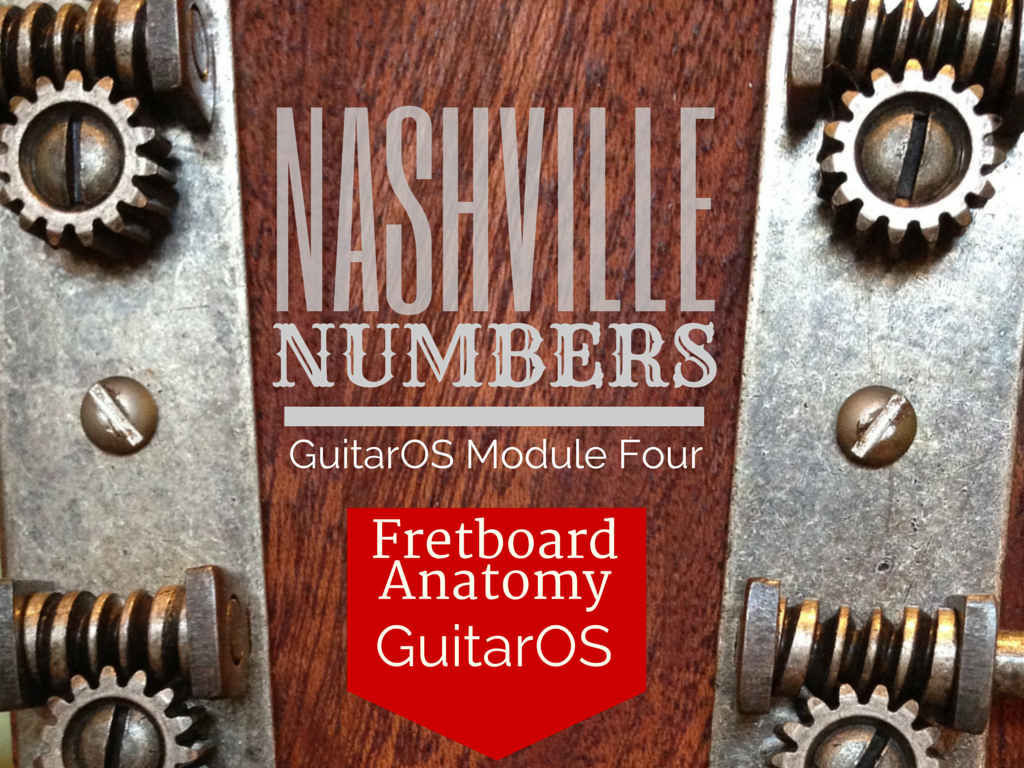 “It goes like this, the fourth, the fifth, the minor fall and the major lift…”

In this, perhaps the most famous musical onomatopoeia of all time, Leonard Cohen calls out the chords as they pass: the four chord, the five chord, the sense of falling as we go to the minor six, and the rising back up as we return to the (major) four.

If you’ve ever heard someone refer to the chords in a blues as “one-four-five,” or a jazz musician talk about a “two-five-one,” then you’re already a little familiar with the concept.

Referring to chords by their function in a key (instead of their letter names) is something that’s been going on in some form or another for two hundred and fifty years.

It’s endured this long because it’s an incredibly handy tool.

That last bit is probably the most important. If you’ve been around for any of the GuitarOS courses, you’ve heard me mention it more than once:

Once you have both a language for describing something, and a framework in place for organizing it, your mind has a MUCH easier time making sense of it.

Like anything else that’s been around this long, it means slightly different things to different people, and even goes by different names…

These are all related & overlapping methods used to talk about chords based on the way they function in a key.

For our purposes, we’re going to call them “nashville numbers,” and not the unwieldy “chord scale degrees” or “roman numeral analysis.”

We’re doing this even though the version we’ll use isn’t the official they-use-it-in-Nashville version.

We’re also stripping it of its capitalization: nashville numbers.

All your words are belong to us.

Not only will you

…but you’ll also get a deck of adaptive flashcards that will help you internalize all of this.

The things you have mastered? It won’t show you those cards very often.

The things you’re struggling with? It’ll review those with you more often until you’ve got them down.

Yes. If you’re hell-bent on learning modes, then mastering which chords belong together in which keys will take modes from “confusing” to “obvious” to “unnecessary in the vast majority of situations.”

What You Should Know

If you’re new to this site, you missed out on some important background information. Let’s catch you up real quick:

In the past few years, I’ve had the opportunity to work with some truly world-class musicians.

It’s been amazing, and I’ve enjoyed the hell out of it, but…

These are people with multiple music degrees, Grammy awards, Questlove’s phone number, and gigs they get flown halfway around the world for.

I’m just a guy who lucked his way into one really good gig, then scrambled like mad to figure what I needed to learn, relearn, and/or fix in order to keep getting those really good gigs.

This has involved a lot of hard work, sure, but also a lot of sneaky open-ended questions, trying to suss out what’s valuable to these folks.

How do they think about music?

What’s the most important thing they look for in a fellow musician?

What was the most crucially important thing they learned in music school?

What was a waste of time?

Of course each of these badasses are all different in the specifics, but what I’m interested in is the overlap––what do these amazing musicians have in common? What are they looking for in other players?

As it turns out, there’s a HUGE overlap between them––and our conventional guitar pedagogy addresses almost none of it.

I’m a giant nerd about learning and pedagogy, and I’ve spent the last few years obsessing about this and working on it.

And now I want to share it with you.

This post is to announce the newest installment in what I like to think of as a new “operating system” for guitarists.

You and I can reprogram your brain so that you think about your instrument in a new way: the way that professional musicians do.

The shape-based methods we all used to learn guitar (TAB, chord grids, scale shapes) were awesome for allowing us to skip ahead to the fun stuff (like playing our favorite songs).

These “Guitar OS” courses are designed to teach you how to think about your instrument in a new way, so you can interface directly with practical music theory concepts, without having to translate back and forth from your current shape-based OS.

The GuitarOS courses use the Tiny-Daily-Sequential format to teach big concepts that are poorly suited for private lessons or epic blog posts.

Tiny, as in “one email, covering one piece of the puzzle.”

Daily, as in “each day I’ll send you the next Tiny puzzle piece.”

Sequential, as in “I thought really hard about putting all this information into the right order so I wouldn’t confuse you.”

Yeah, But Does It Work?

Well, here’s what people are saying:

“There is no school, university, professor or expert I have attended or been taught by in any field, that comes close to what you did there in terms of clarity of explanations, simplicity of wording, progressive learning curve and focused discourse.” – Simon B.

“These courses are exactly what I’ve been searching for. Finally there is a resource that treats the guitar like an actual musical instrument!” -Matthew L.

“I wish I would have recorded myself soloing before I started this. Honestly, I could be your before/after poster boy already, and I am only on day 9.” -Dan C.

Yup, this email course has prerequisites.

While it’s possible to do them out of order, or backfill knowledge as you need it, it’s not the smart way to do it.

I spent A LOT of time thinking about the best order in which to present these things, so save yourself a bunch of frustration and do them like this.

You’ll start with Note Names. This will teach you to think of the notes on your guitar by their names, and not as a series of coordinates. If you can’t point at absolutely any note on your fretboard and tell me its name, if you can’t find a half-dozen Ebs in a matter of seconds… you need this. 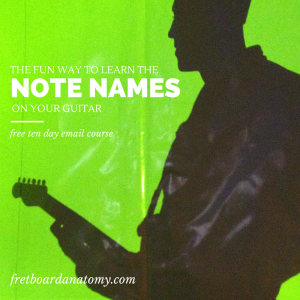 When you’ve done Note Names you’ll move on to Circle of Fifths. It may seem less sexy than the others, but without this knowledge you’re going to have to work ten times harder later. Think of it as strategic laziness.

Once you have those under your belt, you’ll take Chord Building. In this one we learn to build chords by understanding all the underlying reasons behind them (as opposed to learning a bunch of shapes that you move around the neck). 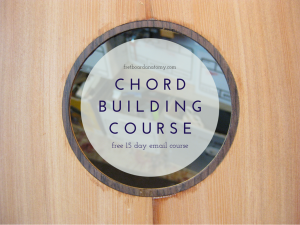 Only then will you take Nashville Numbers.

If you’re ready to update the operating system between your ears,

ps. If you know anyone who would benefit from this, I hope you’ll share it with them. Thanks!