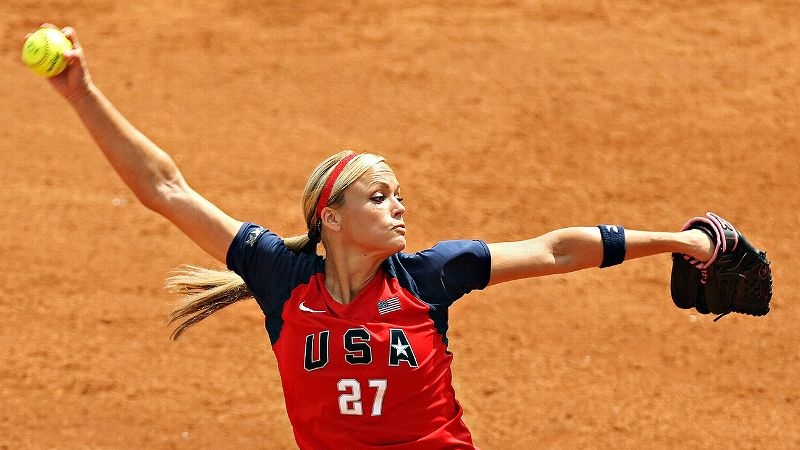 In 2004, softball pitcher Jennie Finch stepped onto the mound to pitch against a who’s who of badass major league hitters.

Serious all-star material. Guys who were good compared to their professional baseball peers.

She struck them ALL out.

In fact, Barry Bonds was the only one to even make contact with the ball.

Alex Rodriguez was so intimidated by her pitching that he declined to even step into the batter’s box.

On a softball diamond, the plate & mound are closer than they are in baseball. But combined with slower pitch speeds (under 70mph for softball, mid-90s in pro baseball), the ball reaches the plate in about the same amount of time.

And the ball is bigger.

So why couldn’t the best of baseball even make contact?

We like to think of athleticism as being something physical. And of course it is… but it’s more.

Think of the physical aspects of athleticism as being hardware. Great hardware is a necessity, but it’s not enough.

You also need the software.

In the case of hitting fast-moving balls with a stick, the batter has to make a decision about whether or not to swing (and where to put the bat) while the ball is still a few feet from the pitcher’s hand. There isn’t time enough to swing if he waits any longer.

So he draws on a huge informal database of images of past pitches he’s seen. His brain is making unconscious calculations involving hand position, release point, and ball spin.

It’s the software that his brain is running.

So what happens when we take away the software? When the batter has to make swinging decisions based on information he’s never seen before?

He doesn’t stand a chance.

She strikes him out every time.

What’s The Point Of This Story? 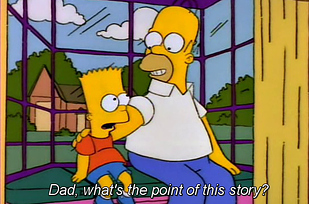 If you want to operate at a high level, you have to do a lot of training that is only sort of like the actual event you’re training for.

In sports, that means lifting weights, even though a barbell squat is only tangentially related to swinging a bat (or even jumping into the air).

In music, that means training your ears with exercises that are at best a sanitized, compartmentalized version of actual music.

So what is the point of ear training?

Understand what you’re hearing, because someone is going to call a song you don’t know or the chart is going to have an error in it, and you’re going to need the ears to follow the music and kick ass anyway.

Copy songs & steal ideas, because that’s what artists do, and when it comes to learning songs and copping your hero’s licks, the only shortcut is to take the long way.

Translate sounds from your head to the instrument, because once you’ve spent the time absorbing your influences, your job is to make your ideas come to life, as seamlessly as possible.

(As a nice side benefit, you may find that now that you’re hearing in high def, you enjoy listening to music more than you did before, but it’s not the point.)

Although ear training exercises are more software than hardware, let’s set aside that part of the imperfect analogy for a moment to talk about the real software of ear training:

using your ears in the context of the music you want to play.

Everything up until that point is a workout, a drill, a scrimmage. You have to take that training one step further, and start using your ears to understand, to copy, and to get the ideas in your head onto the instrument.

Alex Skolnick talks about making the transition from metal to jazz, and how he had no trouble understanding metal player’s lines but was baffled by what the jazzers were playing. He couldn’t hit the softball.

You might listen to Beethoven’s Ninth and be awed by its orchestral majesty, completely missing that it’s made up of the same handful of chords as a dozen pop songs you heard on the radio today.

The real “software” of ear training is the idiomatic knowledge that allows you to function in whatever musical world you inhabit.

Ear training exercises that prepare you for the idiomatic knowledge are a necessity, but they’re not the whole story.

You’ll know that you’re doing it when you can hear the bassist’s line leading up to the V. Or tell by the drummer’s hi-hat dynamics that you should lay out for the fill he’s about to play. Or tell that you’re singing a little out of tune and make an adjustment. Or react in real time to the unexpected chord/progression/form you’re hearing.

I’ll be back next week to share a detailed syllabus of everything that’s inside of Effortless Ear Training (including how to translate exercises into real-world musical skills).